The teasing is over. Allied’s new full suspension mountain bike is finally here. For a while now, both Allied and Payson McElveen have been hinting that the brand’s first mountain bike was on its way. We even got a sneak peek at the bike during Sea Otter, when the prototype was still called the Buck. It wasn’t quite ready then, but now the new BC40 is here. 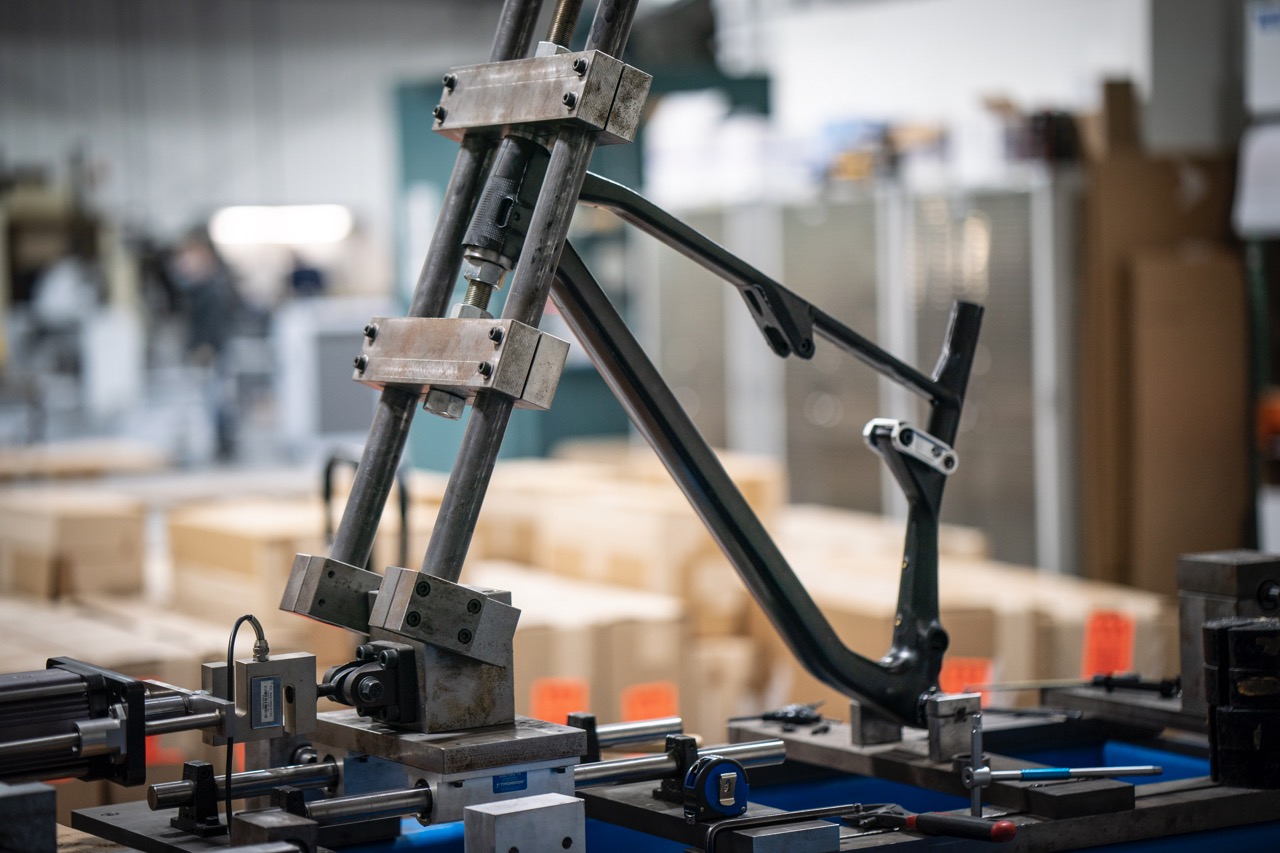 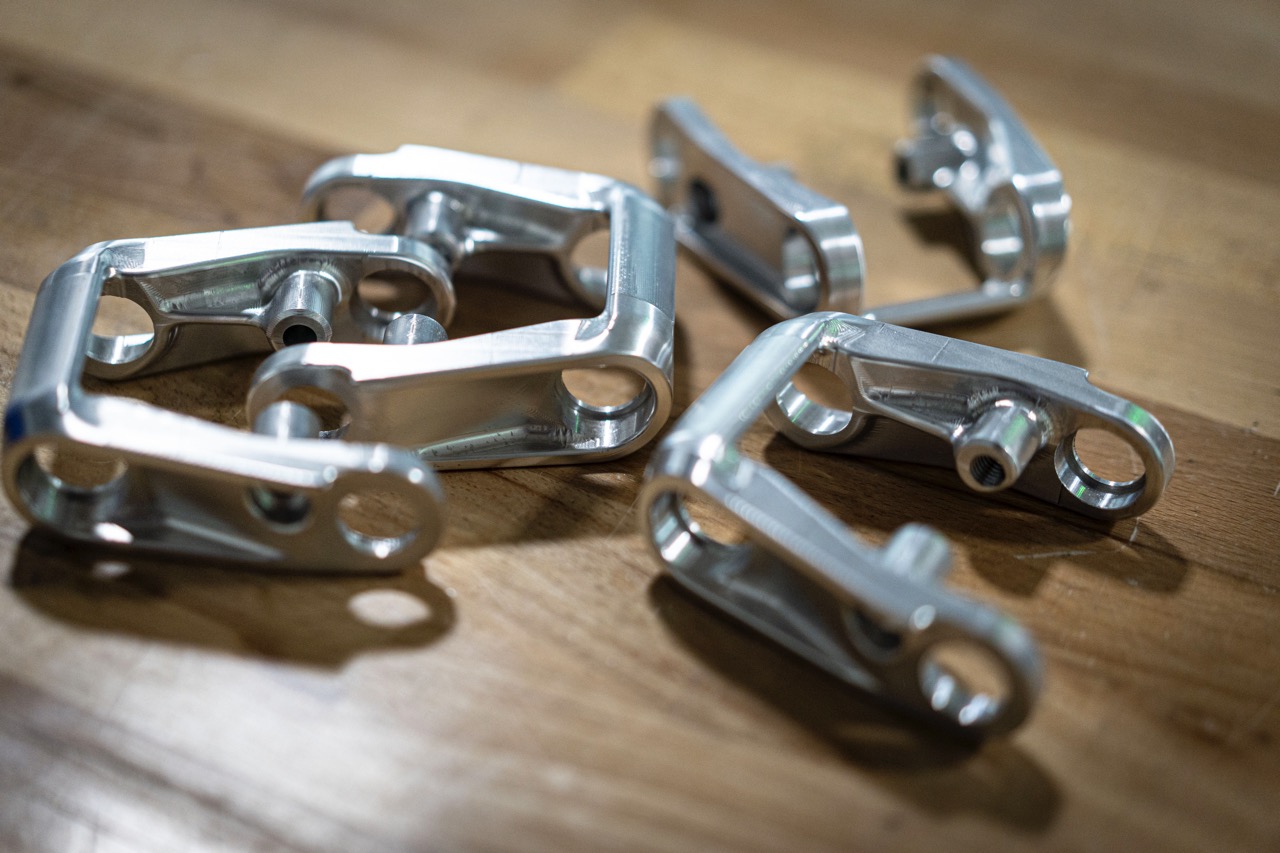 Not only is the BC40 the first full suspension mountain bike from Allied Cycle Works, it’s also apparently their first bike completely designed in-house. That includes all of the tools, small parts, carbon layout, and more. Built-in the Allied factory in Rogers, Arkansas, the bike also gets its name from the local trails being named after the Back 40.

“The BC40 project has been over two years in ideation, development, and testing, but the vision for this bike concept has been on our minds since the origins of ALLIED. A bike that extends the capability boundaries of cross-country while giving up nothing from a weight and pedaling efficiency standpoint,” said ALLIED Cycle Works CEO Drew Medlock. “I’m incredibly proud of this team. We have been able to double our in-house manufacturing capacity over these last two years while simultaneously developing the BC40. Given the hurdles we have faced every single day with the entire supply chain faltering and fighting to keep our operations running smoothly though the pandemic, it’s a huge accomplishment. We can’t wait to see this bike pushed to the limit by our athletes Lea Davison and Payson McElveen at the upcoming Leadville 100, Marathon Nationals and more.”

Built for racers like Payson McElveen and Lea Davison, it’s not surprising that the BC40 is a lightweight build–but it’s also built to excel beyond the XC track. The carbon frames are said to weigh in at 1,950g (4.3lbs) for the 120mm travel four-bar platform in size Large with a Sid Luxe Ultimate shock. But while the bike is based around a 120/120mm travel build, there will also be optional setups in both 100 and 110mm with different fork and shock combinations. That will allow the same frame to be extremely racey for big events like Leadville, but also ‘downcountry’ ready. 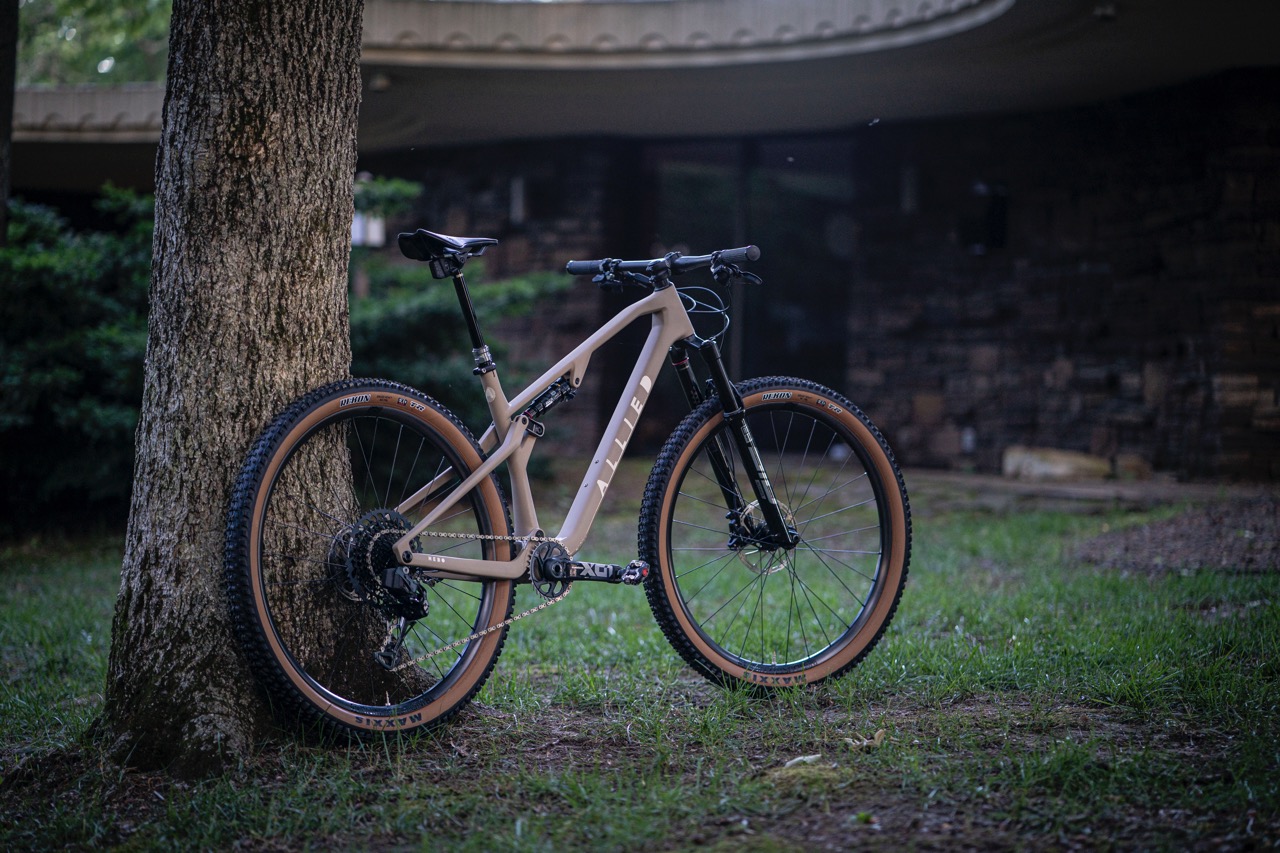 Along those lines, the frame has a 29 x 2.4″ tire clearance to fit popular downcountry tires like the Rekon and the new Maxxis Forekaster. Designed around 29″ wheels, both 100 and 120mm travel builds will run at 44mm offset, and the frame runs Boost 148mm spacing. Frame details include a 73mm English threaded bottom bracket, a 36t max chainring, post mount 160mm rear brake, and a 31.6mm seat post. 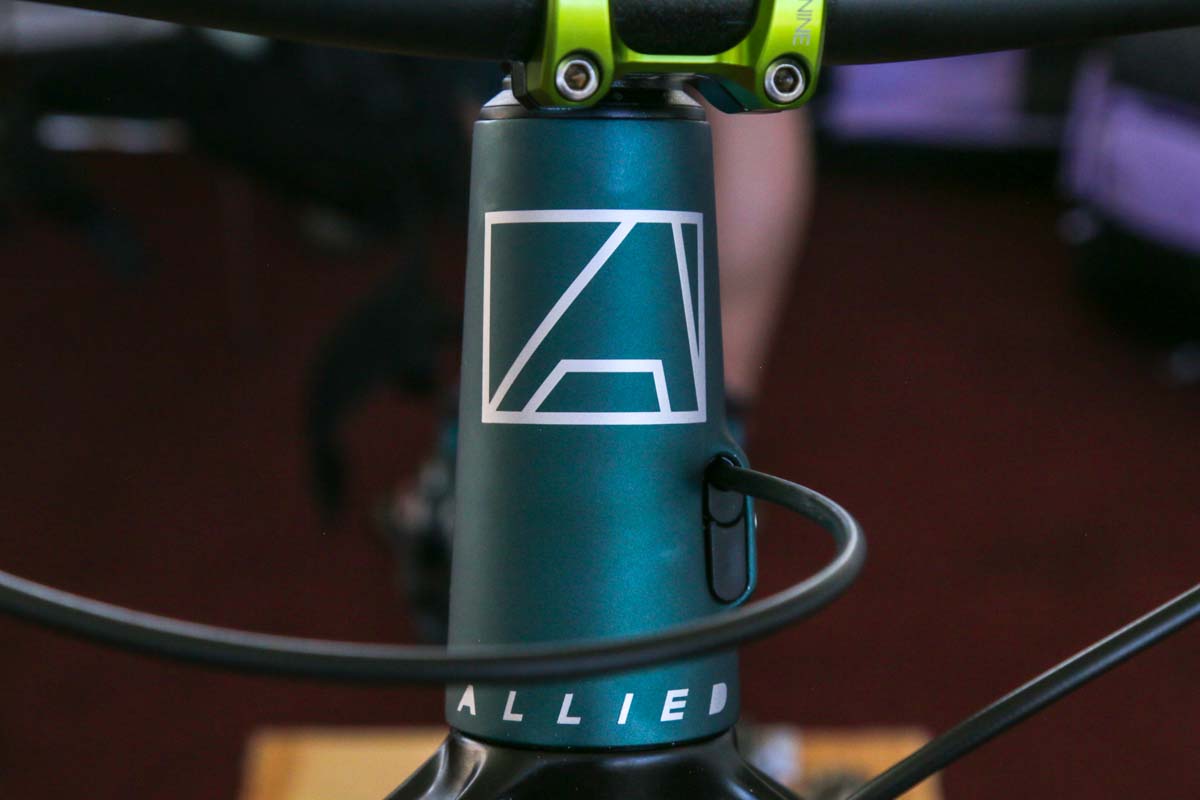 The cable routing is internal, with a very tidy cable port right at the front of the head tube. From the looks of the positioning, it looks like it should keep any cable rub to a minimum, while also keeping the brake hose away from other components to prevent any rattles. On non-AXS bikes with derailleur cables, there is a separate port underneath the brake hose shown above. There are also options for internal routing for a remote lockout for the rear shock and dropper post (if you’re not running a wireless AXS posts). 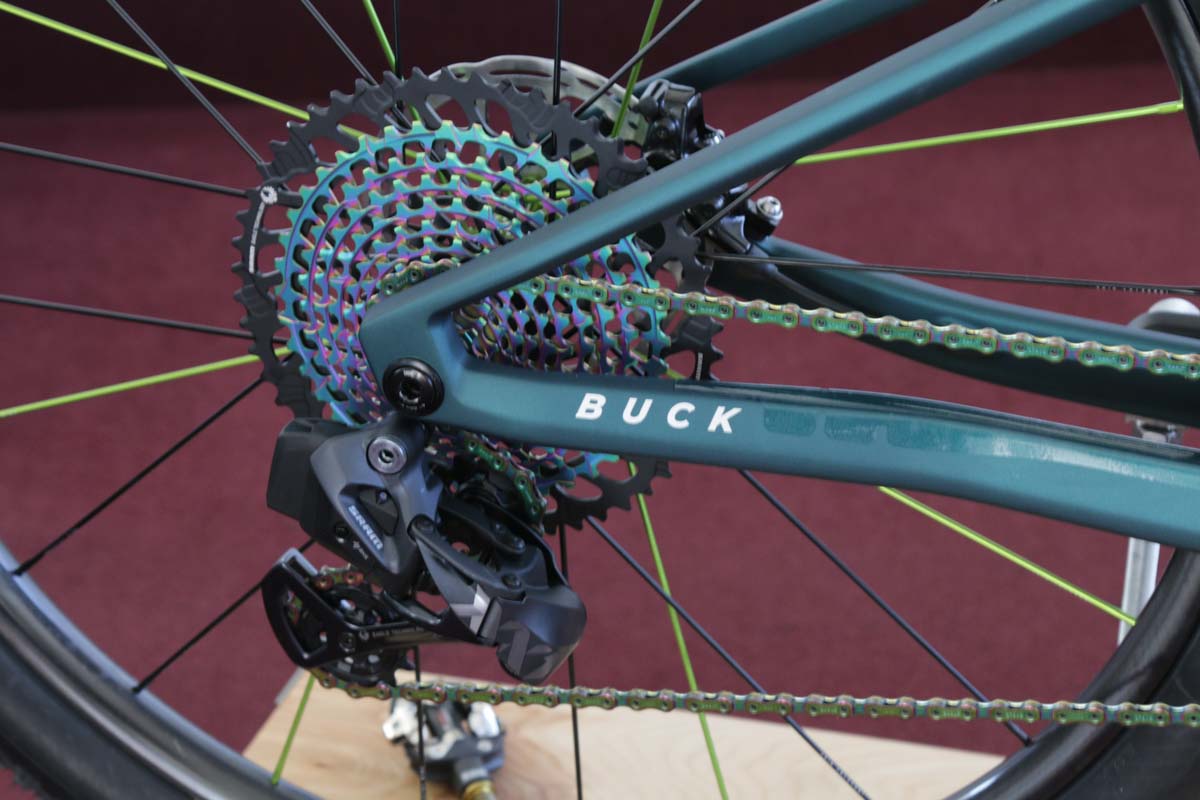 While no longer called the Buck, the frames use the same SRAM UDH as the prototype shown above. 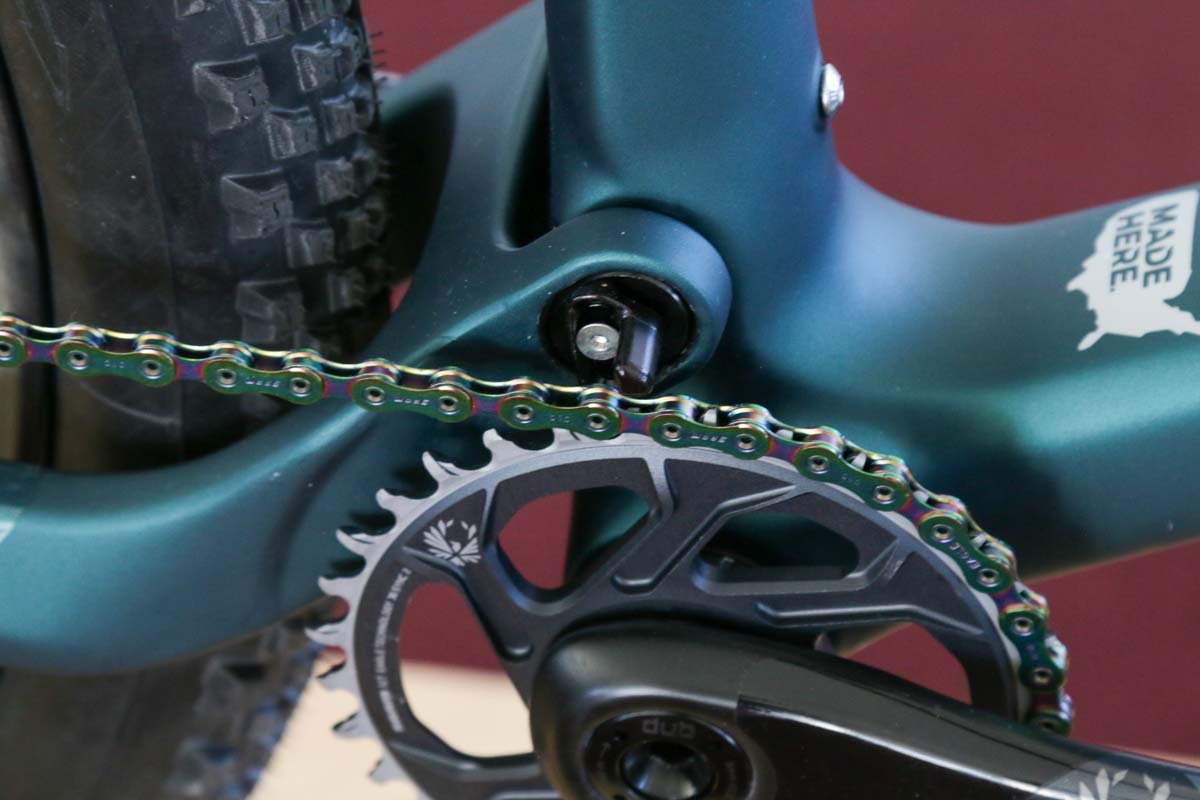 The frame also has this clever and super light chain guide bolted to the main pivot. 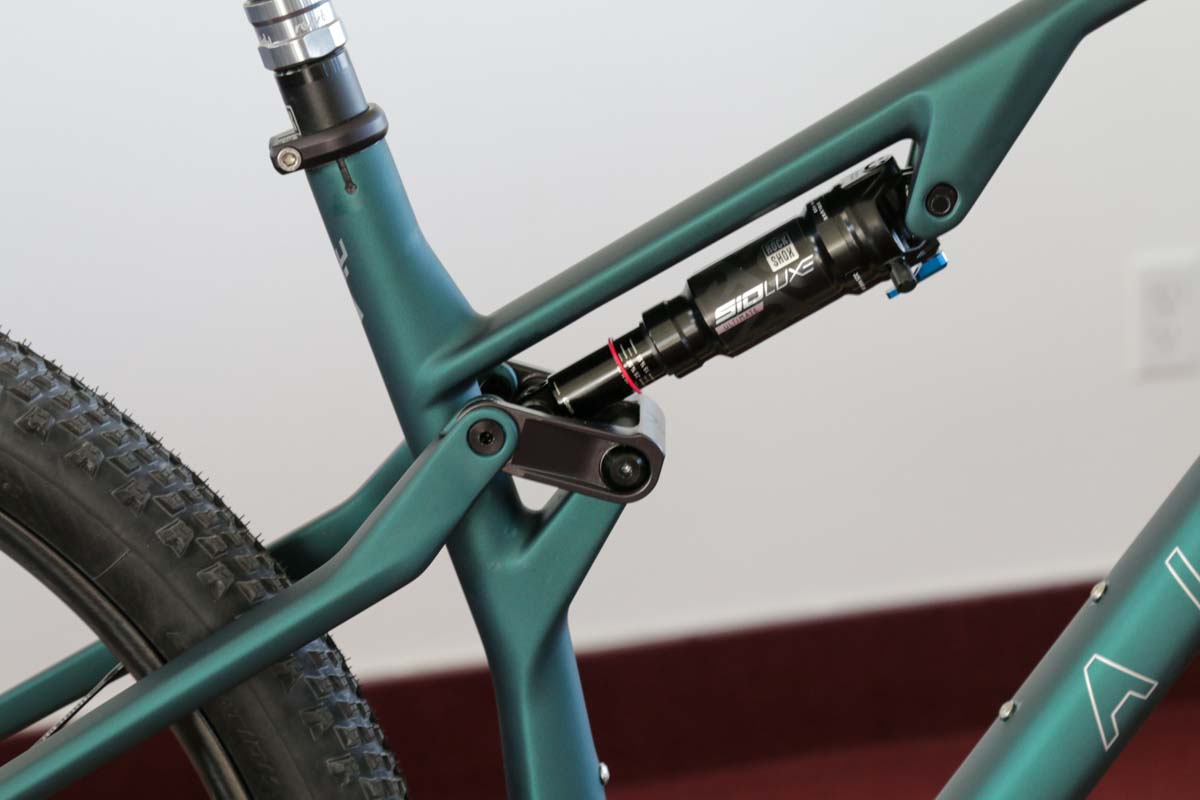 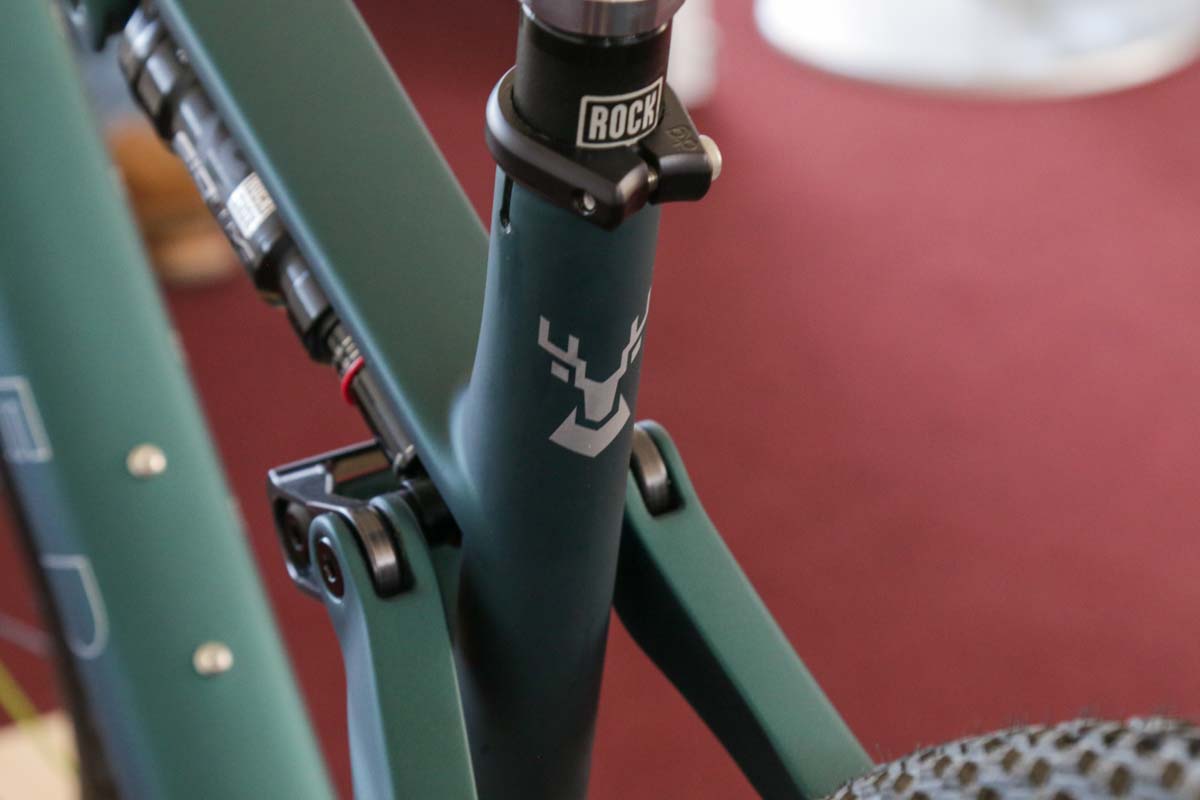 The shock placement allows for two bottle cages within the front triangle, with the front position allowing for a full-size bottle. 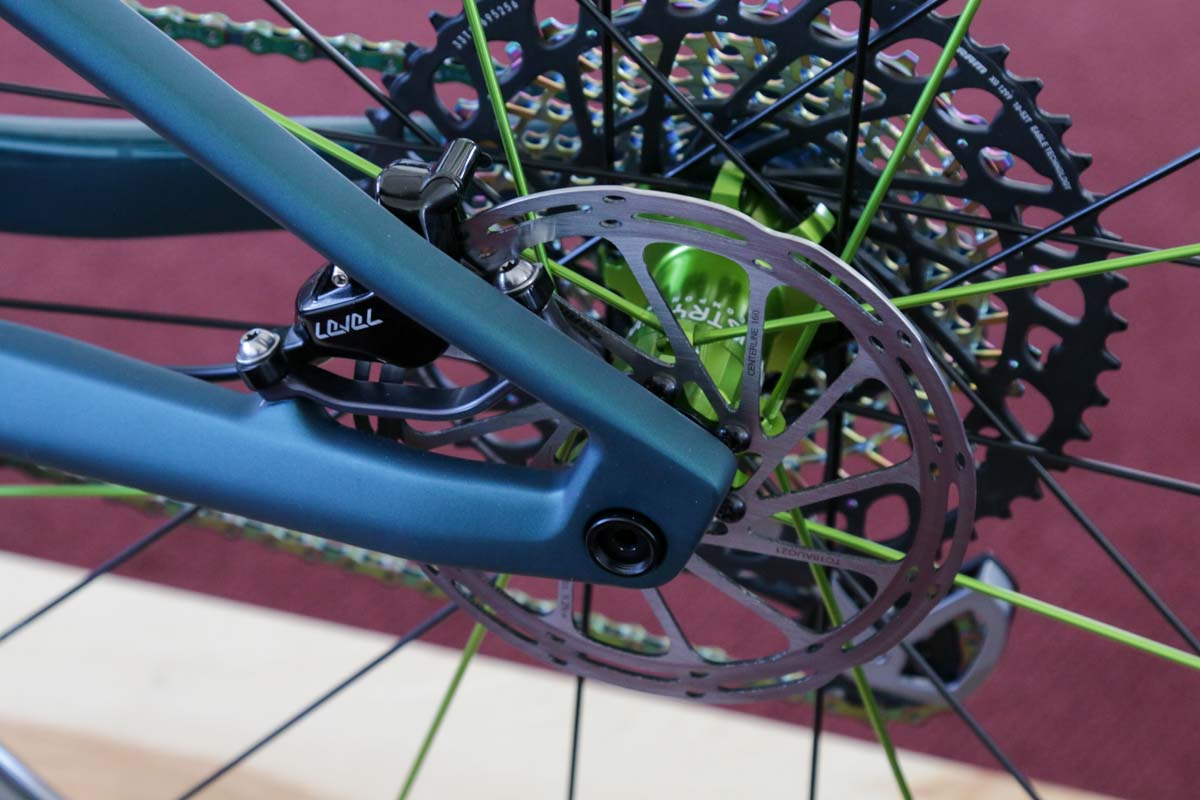 Without an actual pivot at the back of the bike, the kinematics have been tuned to be pedal efficient for fast riding. According to Allied, “We weighed out the pros and cons of different suspension options. We opted to design this bike with the lowest weight and simplest design we could offer, which was a four bar linkage.”

The BC40 will be offered in four sizes, from Small to Extral Large. 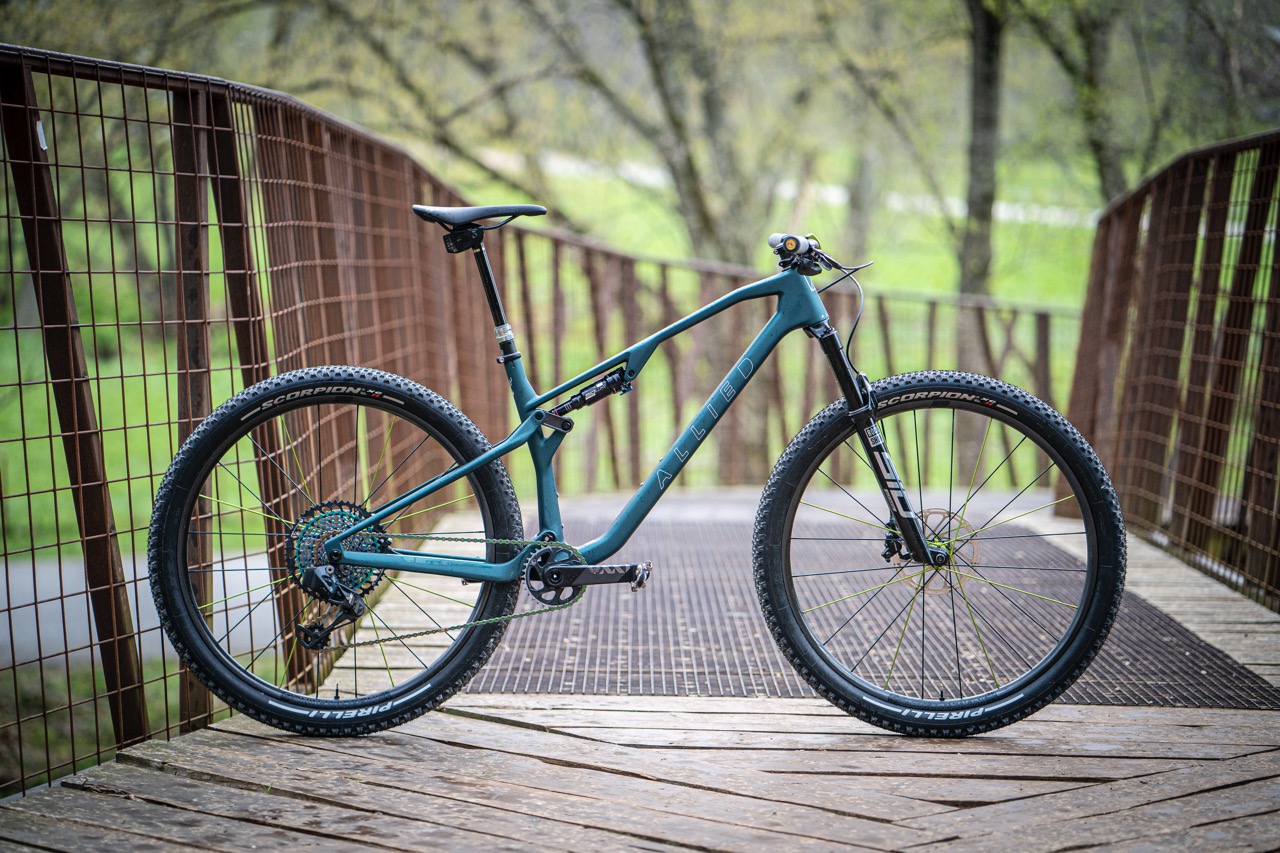 With framesets starting at $5,590, complete builds will start at $7,625 for a Shimano XT M8100 build with 1×12 and Fox suspension. SRAM XX1 Eagle AXS builds like that above will sell for $12,145. All bikes include Matte Black as the stock frame color, but optional colors are offered starting at $300. Additional options will be available through their online bike builder.