First on NewscastStudio: CBS Television Stations is preparing to launch a series of new newscasts for non-CBS affiliated stations it owns starting the week of July 18, 2022.

The newscasts will appear under the common brand name “Now” and will share production between stations in the group, becoming the latest productions to rely on a hub model.

In Dallas/Ft. Worth, Texas, CBS will launch a 9 pm central time “Now” newscast on KTXA, the CW affiliate it owns in the market along with KTVT. It will be called “CBS News DFW Now on TXA21.” In Detroit, WKBD will launch “Detroit News Now.”

WUPA in Atlanta, which has been airing a 10 pm local time newscast produced mostly out of Dallas for some time, will rebrand the broadcast as “Atlanta Now News at 10 on Atlanta’s CW” starting July 18. CBS does not own its affiliate in this market.

In Tacoma, KSTW will summarize newscasts for the first time since 2005 under the “Seattle Now News at 10 on CW11” moniker, according to information obtained from program listings and confirmed by CBS.

Others in the group are expected to launch next week as well including Miami on WBFS (“CBS News Miami Now at 9”) and Tampa Bay (“Tampa Bay Now News at 10 on CW44”) on WTOG.

The inclusion of the time in the title or not appears to vary depending on market. 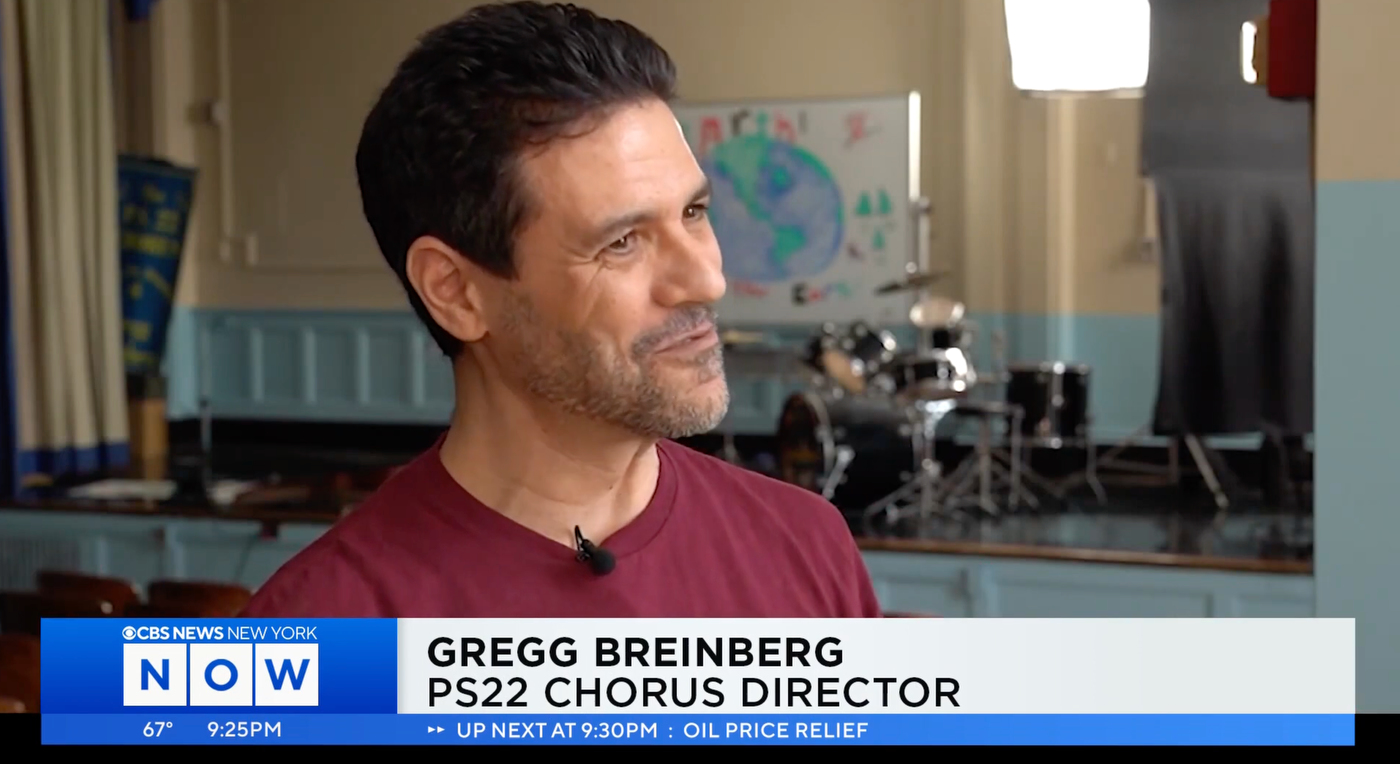 NewscastStudio has obtained clips that appear to be a collection of rehearsals and production tests that use updated graphics that are more in line with the “deconstructed eye” look that CBS has been rolling out since 2020 and added to its rebranded streamer CBS News Now Streaming Network earlier in 2022.

CBS News and Stations is currently hiring for a new group design director to lead the design and branding of the local stations along with special event coverage. CBS-owned stations are expected to roll out a new group graphics package later this fall that continues the brand evolution. 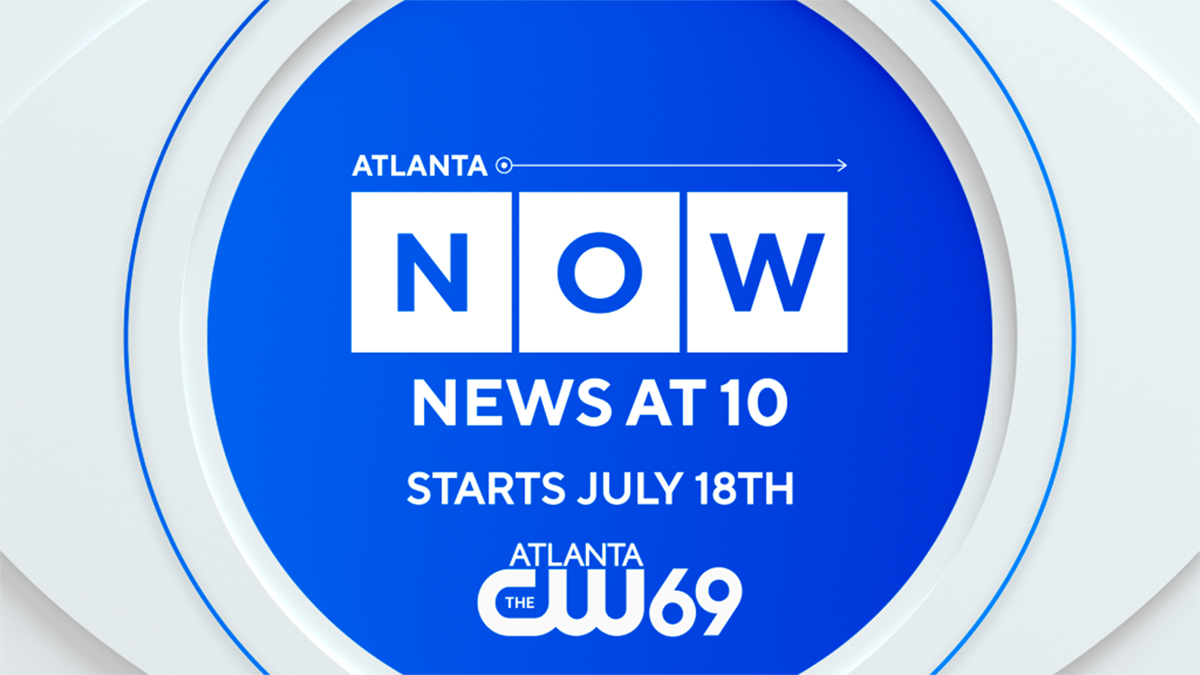 It’s not immediately clear what CBS properties will handle production, but test clips show Dallas and New York-based talent, typically with a virtual set background behind them using just the “Now” branding without any local references, suggesting that the goal is to be able to use content in multiple markets where possible.

Themed segments will appear in the newscasts and be shared among the broadcasts, such as “Health Now,” “Money Now” and “Hope Now,” with local packages, weather and sports segments mixed in. 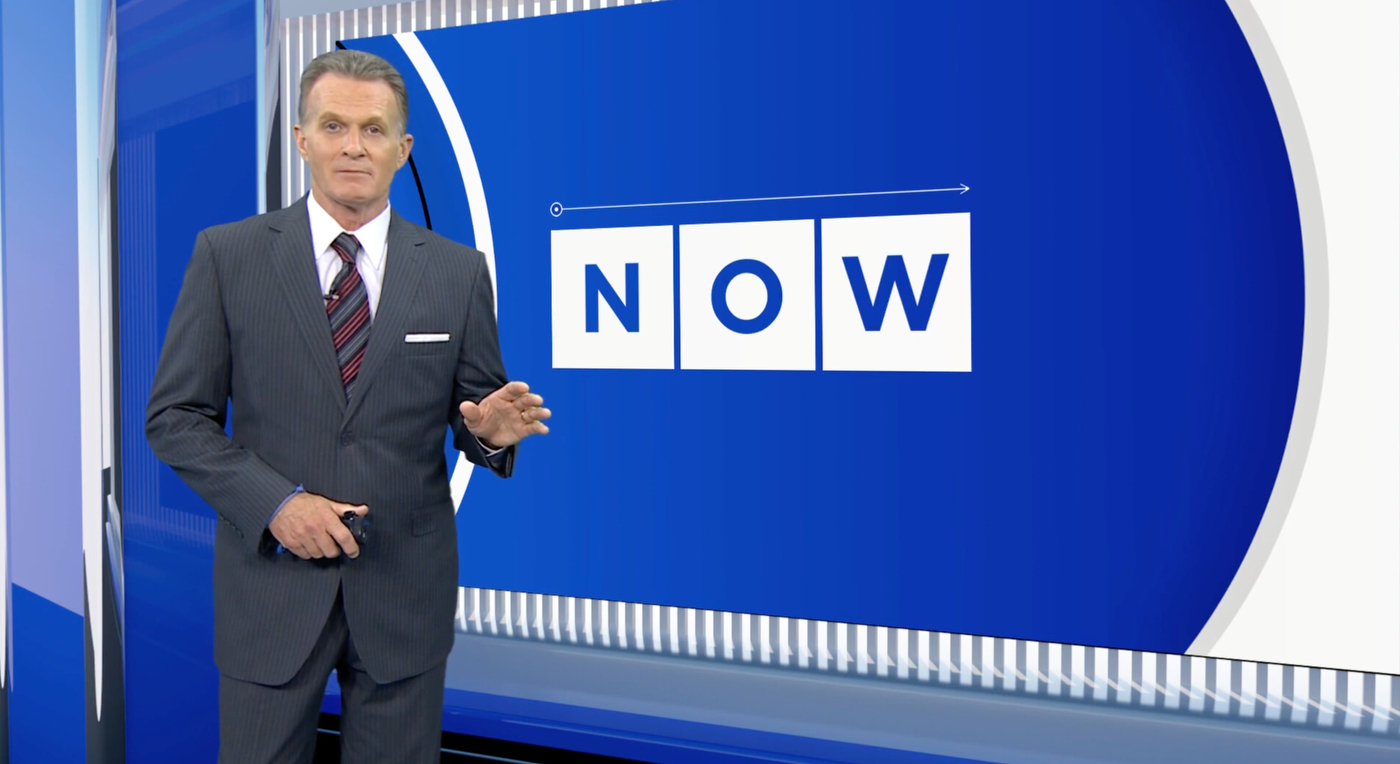 So far, all of the visuals obtained by NewscastStudio use a three-block logotype with each letter of “Now” in its own box, set in the TT Norms font, the typeface CBS has been transitioning to and is expected to become standard at its local stations as well, replacing Gotham and others.

The design shares some similarities between the logo design WBZ has used for years.

The launch of the “Now” newscasts will be the first project from an “innovation lab” CBS TV stations announced earlier in 2022.

At the time, the network indicated the project as an effort to launch “hybrid, local-to-national multiplatform newscasts” that it billed as “next-generation storytelling,” it originally told Variety in January 2022.

In reality, the CBS effort is really just an approach to the familiar hub concept of newscast production where talent, newsroom and production teams in other markets produce content for other stations, typically corporate cousins.

Hubbed newscasts, which can vary in how much production is handled by the distant station and local one, are not unique to CBS but have earned a reputation as a cost-savings method that removes locally-based teams from content production and leaving many viewers unaware that the anchor seemingly delivering their “local” news is sitting hundreds or thousands of miles away.

Advocates of the format say the concept allows stations to offer more programming options and that where the talent or editorial team is located isn’t important to most viewers.

The “Now” branding has been used previously at some CBS stations, including KTVT, as a name for a web-exclusive video update in the past.

Other stations use the word “Now” in their news branding, including “8 News Now” at KLAS in Las Vegas and “News 9 Now” at KWTV in Oklahoma City.

It’s also prominently used for NBC News’ streaming effort, which is called NBC News Now and includes the word “Now” in many of its program names. Officially, NBC capitalizes “Now” in an effort to make the name unique and brandable, similar to what it does with “Today.”